The winter solstice is defined by the entry of Sun into the zodiac sign of Capricorn, as well as being the day of longest darkness, shortest sunlight. It happened Tuesday morning at 7:58 a.m, December 21, shortly after sunrise in CA. The solstice just 38 minutes after sunrise! A good omen for increasing daylight?–along with others, I’ve been yearning for more sunlight, heralded by this solstice. It’s been a long year, more light would be welcomed!

But look at this reality (all times are for San Francisco. Times will be different further east, north, and south, even within Pacific Time Zone):

Conclusion: This time of year is clearly about long nights. The sun returning and more daylight seems to be a teaser, offering hope, but not much reality–at least for a while—so let’s take advantage of long nights.

The winter solstice is also the first day of winter! Winter when it gets colder. Even though the days creep toward increasing daylight, traditionally it’s a time to hunker down. Most trees and plants are dormant this time of year. Resting before they burst with Spring fever. Many animals, including insects, hibernate or burrow into the ground, only emerging if they absolutely have to.

We humans seem to have forgotten we’re animals. What’s all this scurrying around in amped up speeds during the last 4 weeks? (and longer)

Let’s instead take advantage of the dark, the long nights. Take time to slow down, turn off the adrenaline, turn off the devices, relax our nervous systems. Simply hunker down for a while to rest and regenerate.

After all, our very first coming into beingness was in the dark. For 9 months or so we grew and developed in the dark until such a time that we ourselves burst forth. How about we return to the dark just for 4-6 weeks, embracing the darkness, the Love that holds and nurtures us there, and then slowly re-enter, renewed, recharged, into the days of truly longer sunlight?

Happy Solstice, other Seasonal Holidays, and Winter’s grace. And warm wishes for a peaceful, healthy, and thriving new year.

Thank You so very much for all you did with and for me today! I'm so grateful, I was really quite altered on so many levels...All for the better. You are definitely an Angel in my life. M.B. client/massage therapist 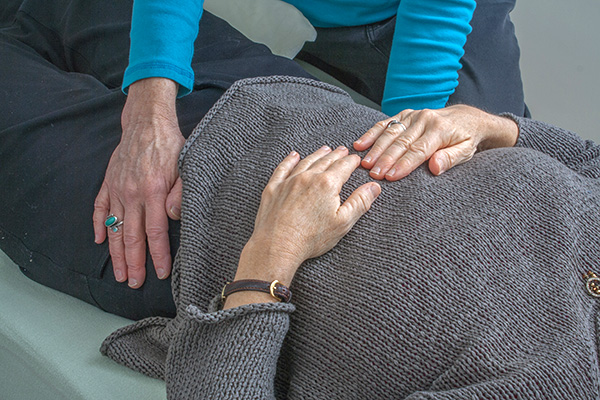